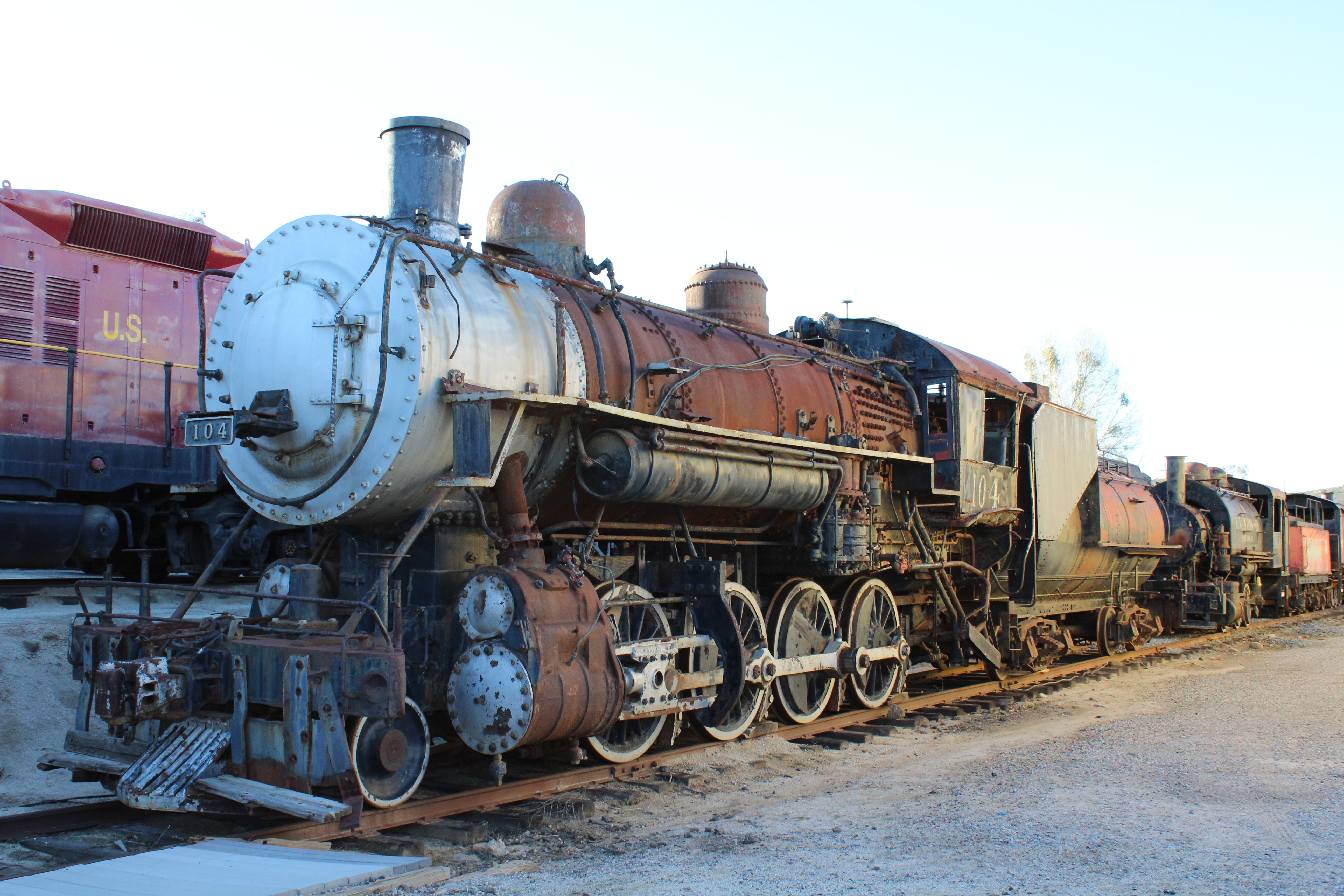 The only survivor of the many steam locomotives once owned by San Diego County railroads, this is one of the museum’s most prized artifacts.  Built by Baldwin Locomotive Works, Philadelphia, Pa; May 17, 1904

Built for the Southern Pacific for $17,969.01 and numbered SP #2720, it worked SP lines until purchased by the SD&A March 25, 1921 for $37,000 paid in January 1922. As SDA #104, it was used in freight service and on passenger runs, because it was the “smoothest-riding” SD&A engine. Beyond the San Diego-Campo-El Centro mainline, it pulled SD&A trains on the SP to Niland, Ca (connecting with the LA-New Orleans Sunset) and via Mexicali on the SP and its Ferrocarril Inter-California to Yuma, Az. (connecting with the LA-Chicago Golden State, Californian, & Imperial). In 1923 it was in a promotional film, Carriso Gorge, The Magnificent, and in 1926 in the Goldwyn movie Red Lights, with Marie Prevost and Jean Hersholt, filmed near Hipass. It became SDAE #104 when SP acquired the SD&A in 1933. It was in Los Angeles in December 1937 and February 1940, and was repaired in July 1939 at SP’s Bayshore yards in Brisbane, Ca. 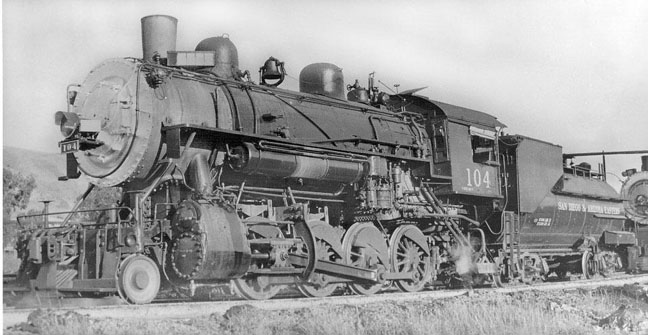 Knowing it was the last remaining steam locomotive that had been owned by a San Diego based railroad, the SP donated it (with ex-SD&AE #050) to the Southern California Exposition/San Diego County Fair @ Del Mar, Ca. through the efforts of the Railway Historical Society of San Diego, which raised $1,600 to move them into the fairgrounds. They arrived on September 2, 1955, were dedicated June 24, 1956, and seen by thousands of visitors for 27 years. The exhibit deteriorated badly in the damp ocean air and on February 22, 1982 the 22nd District Agricultural Association (the fair operator) donated it to the PSRMA. The equipment was moved by truck to a nearby Solana Beach siding on February 15, 1983, costing $10,000; moved free to San Ysidro by the Santa Fe and SD&AE; and taken to Campo in August 1983 on the museum’s “Great Freight”. Redesignated SDA #104, it received cosmetic restoration in 1992-95, pending full restoration. 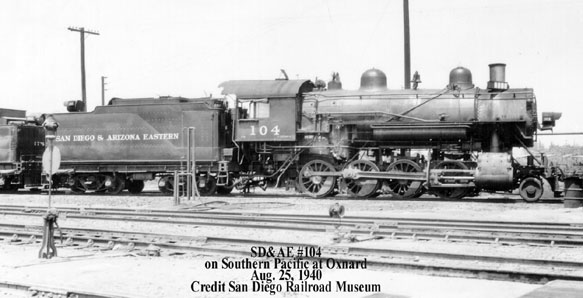