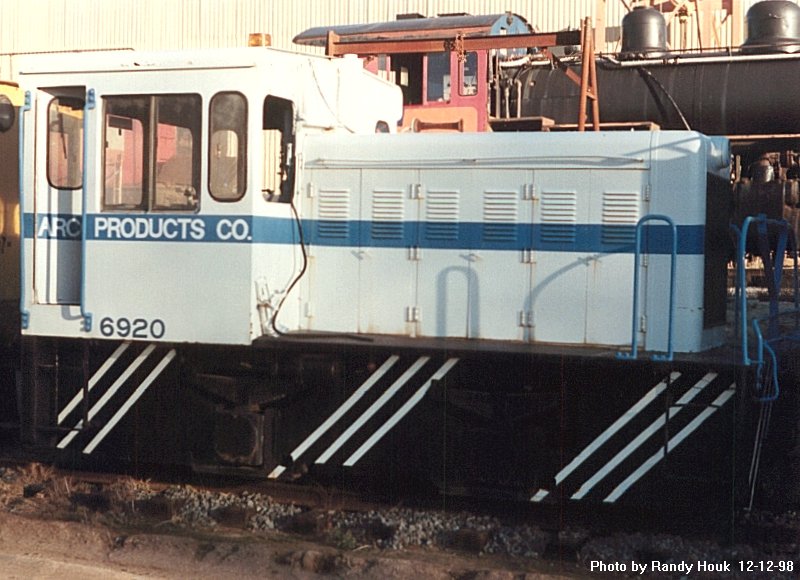 Combining the heritage of several locomotive builders, this little 40-ton switcher had only one owner, and worked only in southern California.
Built by Baldwin-Lima-Hamilton, Eddystone, Pa.; September 28, 1954

This locomotive is a Model SH-2300-2, meaning switcher, hydraulic, 2-axle, 300 hp. The switcher was built to a design of the Baldwin owned Whitcomb Locomotive Works, whose plant in Rochelle, IL was closed in February 1952, with production shifted to Baldwin’s plant in Eddystone. From 1952 on, all locomotives produced at Eddystone carried BLH identification only, reflecting the 1947 Lima merger with Hamilton, and the 1950 Baldwin merger with Lima-Hamilton. BLH built its last locomotive in 1956.

Builder’s #75941, this four-wheel switcher with 33″ wheels weighs 76,730 lbs. (38.37 tons). It originally had a six-cylinder 4-cycle Cummins Diesel engine developing 300 hp, but that was replaced on February 17, 1974 with a more modern Cummins 355 Diesel engine. This switcher is a Diesel-hydraulic with a direct chain drive, unlike the other museum locomotives, which are Diesel-electrics. It has front and rear single headlights, and a yellow flasher atop the cab.

Probably built in 1953, the locomotive was delivered new in 1954 to the Richfield Oil Company’s #2 facility at Watson, in what is now Carson, Ca., just north of Wilmington on the Pacific Electric Railway (later Southern Pacific, then Union Pacific). Initially numberless, it was later assigned Richfield Oil #2, which it carried when Richfield merged with the Atlantic Refining Company to form Atlantic Richfield Company, abbreviated ARCO. It was later renumbered and relettered ARCO #6920. In 1988 the little switch engine ended its career where it had worked for 34 years, at what had become the ARCO Products Company Refinery at Wilmington (but was located in the city of Carson!).

In 1988 ARCO #6920 had new batteries installed, and was repainted white with a blue stripe & railings, black radiator & underframe, and diagonal white safety stripes on the underframe. “ARCO PRODUCTS CO” was lettered in white on the blue stripe on the cab sides, and its number in blue at the bottom of the cab sides. ARCO #6920 was then donated to the PSRMA, together with the Diesel’s original BLH operating manuals, by ARCO. It was shipped by truck from Carson to Campo, arriving at the museum in October 1988.